Hootsuite was a unicorn amongst Canada’s startups, but was starting to look at newer streams to create revenue off of their already massive roster of clients.

Labs was born to give my team ample space to discover new market space in the social media landscape. We were allowed to experiment, try new things, without worrying about failing. If a product idea had traction, we would develop it up to a working MVP, and then pass it off to a fully structured team to keep it growing.

One of the first products we worked on was an app to help with one of the biggest struggles in growing a social presence - posting consistent, quality content. Suggestions was born. 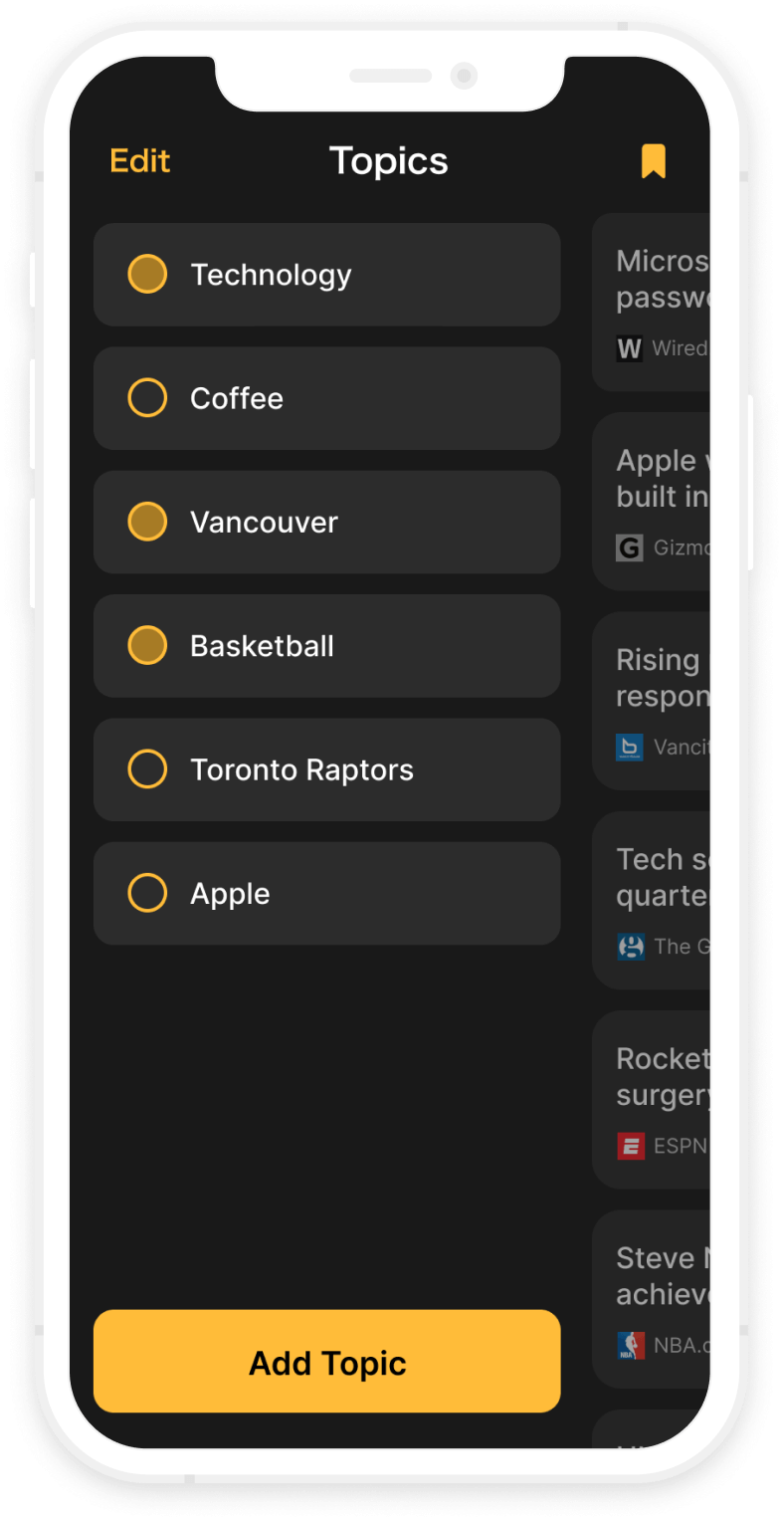 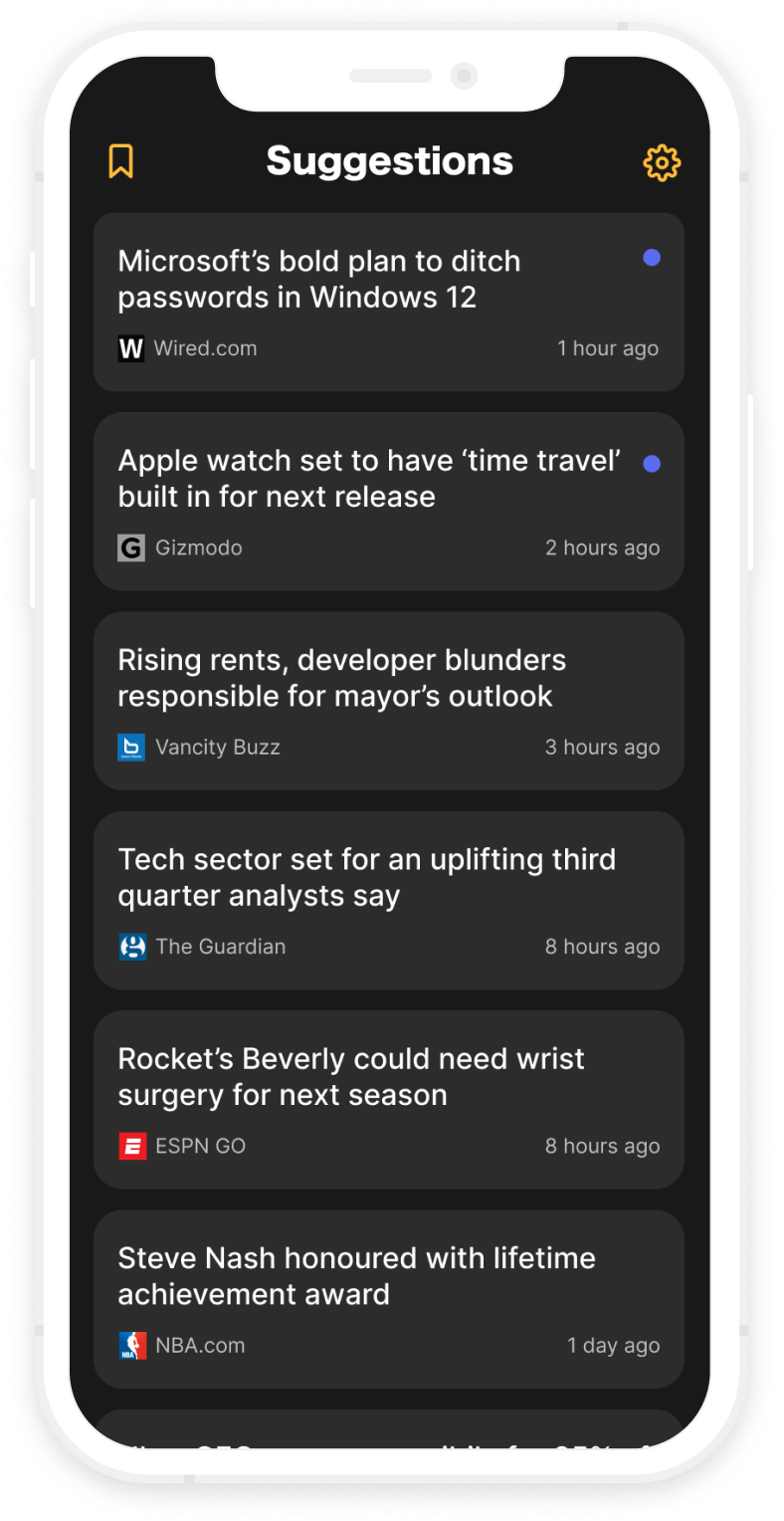 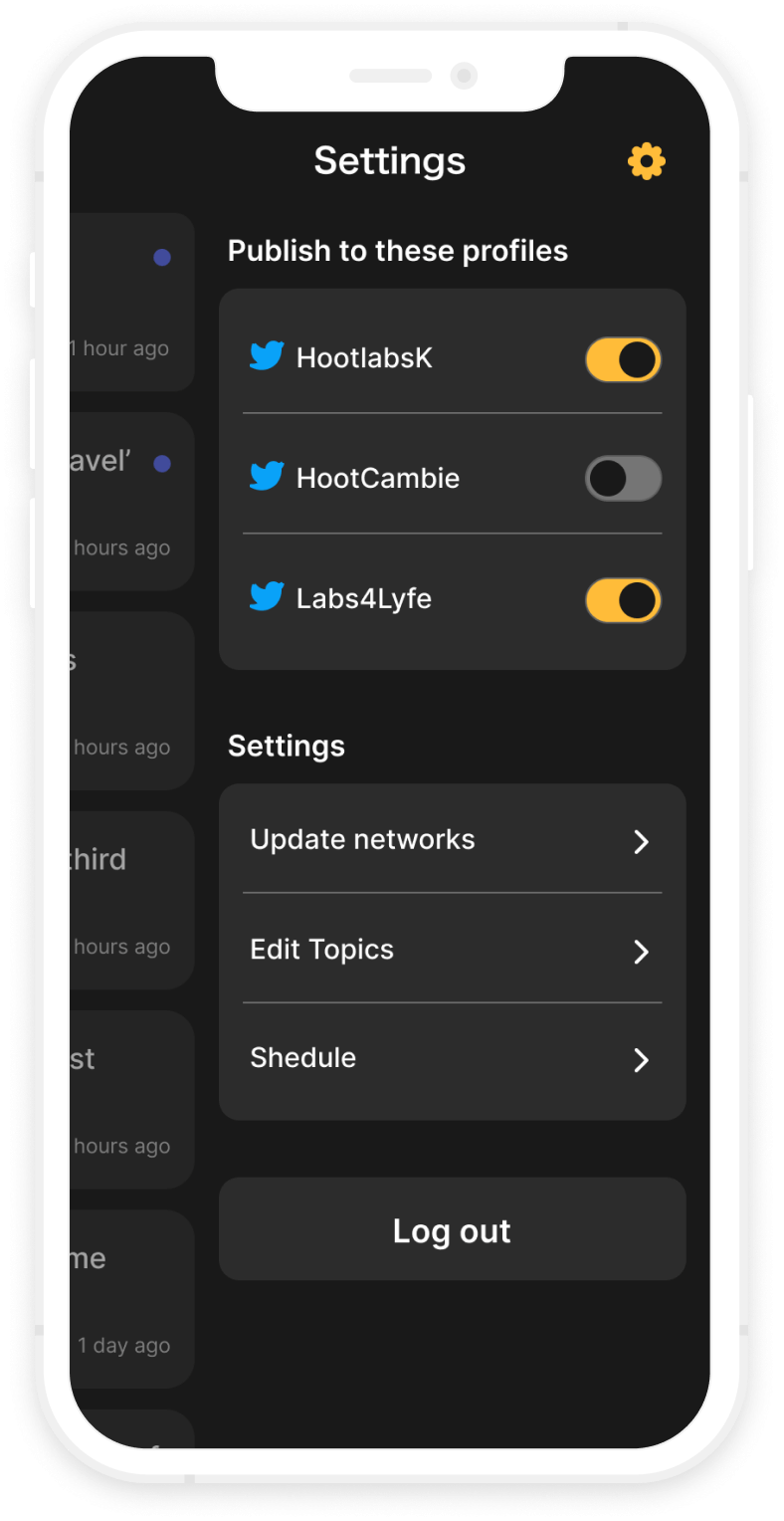 Suggestions was a simple app that would list out new articles that you could post to multiple social accounts. We were tapping into Google’s newsreader API to grab from hundreds of sources, based on keywords the user would add.

Unfortuneately we quickly learned that the API was costing too much money, and we started experimenting with paywalls to unlock fuller features of the app. Even with the paywall we found we just couldnt make enough money to offset the cost of the API calls.

We wanted users to be able to post quickly and efficiently, so swiping left or right would either post rifght away, or schedule for later. Settings would allow the user to choose which days to schedule posts for, and how many posts per day. Scheduled posts would just be added to the queue, so you could easily have your account posting new content for the next few weeks witin a minute of using the app.

This actually was biggest red flag, as we were getting huge usage numbers from third world countries, and we later found out this app was more of a spam tool for fake accounts than something useful for small businesses. 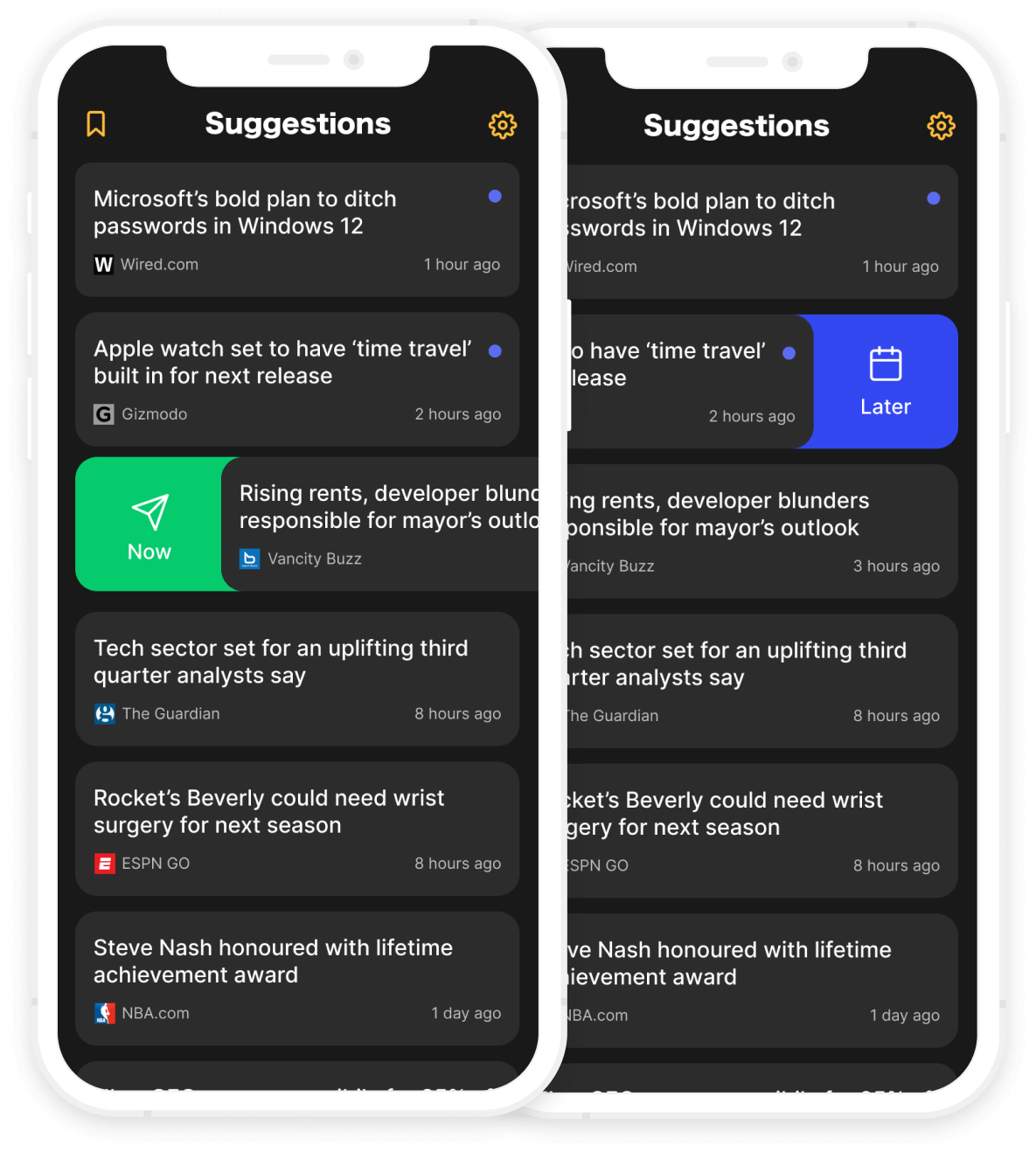 Employee advocacy was what our next big project would be focused around. Its basically harnassing the power of your employee’s social networks to spread company news.

This took my team and I a while to wrap our heads around. Why would employees want to share their company’s boring news to their facebook and twitter accounts? After much brainwashing we saw the potential and got to work. Even if 1% of giant muklti national company was able to use the app and share consistently, it would result in huge reach. 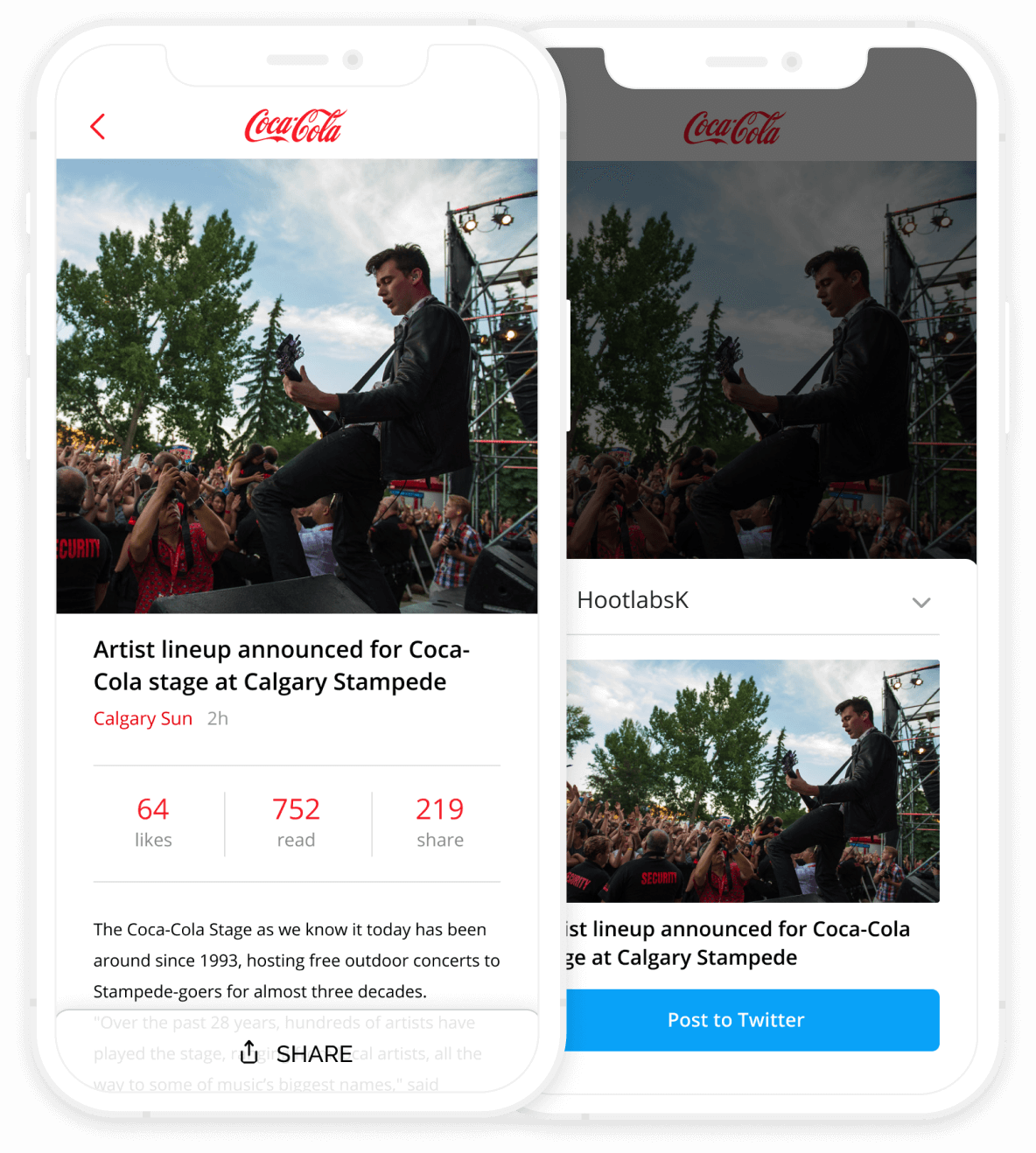 We were working fast and agile like a startup within a startup. Within 3 months we had a working MVP app and the sales department were already selling. Within the first year we had sold almost $15 million worth of seats. We had designed the app to be whitelabeled and easily updated to fit each company’s brand.

A year later we had begun expanding the product to have a desktop version as we found a lot of office users were not as comfortable being on their phones during work hours.

Sharing was the number 1 goal, so having a big ole share button at the bottom of each article was key. We included stats at the top of each article as well to show employees what everyone else is sharing. A ‘Like’ function was added to be an action that had less commitment for the user, and in the end stats would show us users who liked a bunch of articles would eventually be more likely to share multiple times later on.

A modal would popup upon sharing, where the user could preview what would be posted to their connected social network, as well as a switcher to choose which network profile to post to. 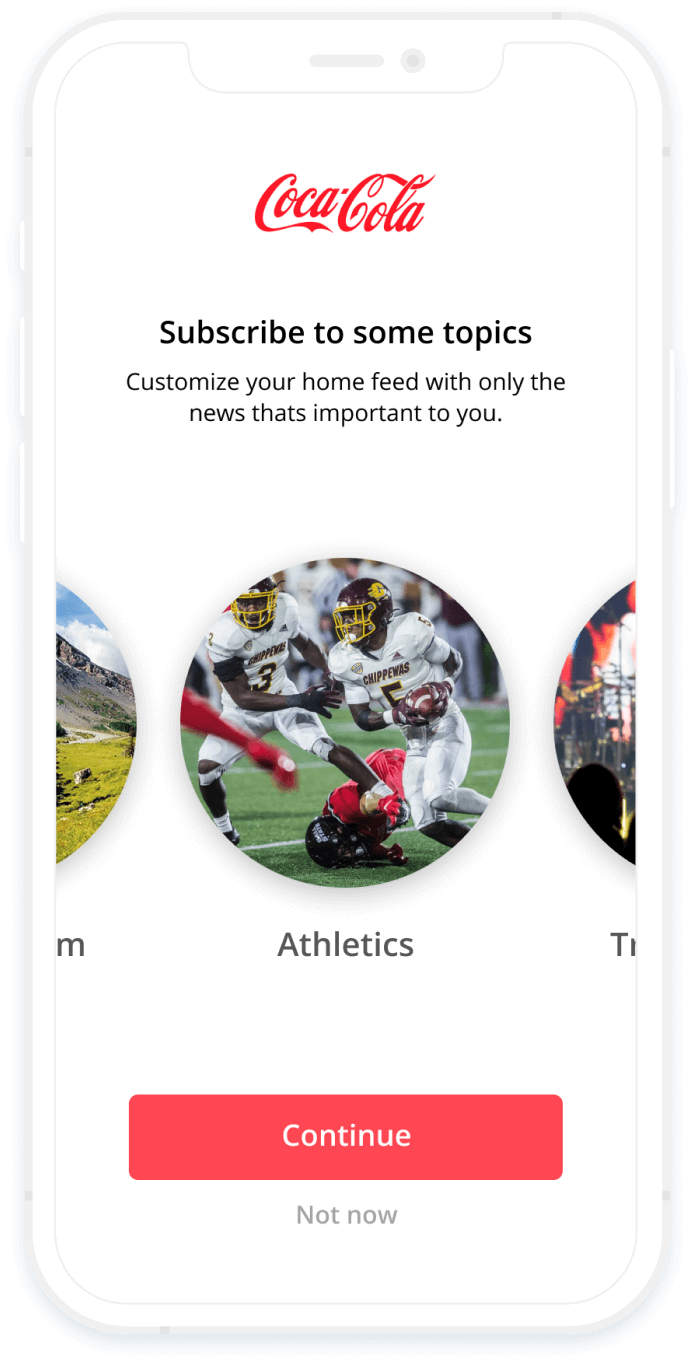 Getting the users setup with topics relevant to them in their news feed was important in converting a first time user into a a habitual user.

Company admins could create categories for their content, making it easy for employees to subscribe to content relevant to their fields in these large, diverse companies.

Employees could follow other employees just to see what they were sharing and engaging in. This was setting the stage for more gamification aspects to the product like leaderboards and prizes for those who reached the biggest audiences in their sharing.

After seeing more concrete numbers a year later I still wasnt sold on employee advocacy being that effective, but the product is still being worked on and sold to major corporations to this day. Go figure. 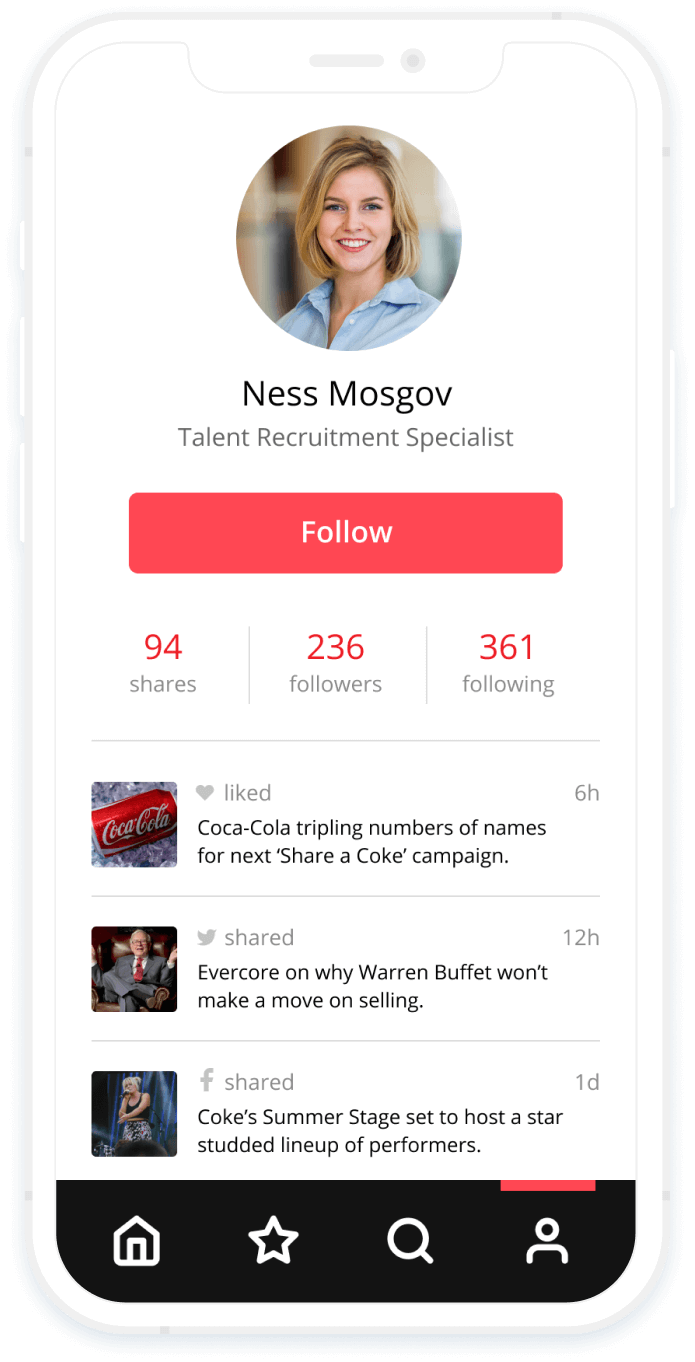